Update, March 2016: Trimble has discontinued all of their apps as of March 26, 2016. They list Gaia GPS as a recommended replacement for all Trimble and MyTopo apps.

At first glance, you might think that comparing Gaia GPS vs. Trimble Outdoors on iOS would be a good battle, but after looking through Trimble’s many identical apps, I see Gaia GPS casts a long shadow. This is reflected in the relative reviews and sales on the App Store, despite all the resources of a billion dollar corporation.

I’d welcome anyone to try out a Trimble title, and also try Gaia GPS, risk-free on our end. You can always send us an email at support@gaiagps.com for a refund, for any reason.

In summary, I think Gaia GPS has better maps, and a cleaner UI. Below, I also call out how Trimble paid apps clutter the main UI with buttons that prompt you to buy additional things, which I find a little annoying in apps intended to be tools.

When Trimble acquired MyTopo maps years ago, we were using MyTopo maps, and they were the best USGS topo maps you could get on mobile. But, we had to get resourceful and fund CalTopo’s effort  to put together a nationwide set of the most recent USGS topo maps, after Trimble unceremoniously booted us from their topo map server. Because of that effort, I think the topos we provide in Gaia GPS are better than MyTopo in every practical way.

Compare for yourself the topo maps you get in Gaia GPS, against the topo maps you get in Trimble apps. These days, we still have the best maps, and even provide many map layers beyond these basic USGS topos – public land, forest service maps, river charts, and much more. We also present the maps better with our technology, letting people layer maps together, overlay rainbow tracks, and pan and zoom a complex map quickly, which we believe is a requirement for any good app.

Gaia GPS has a Cleaner UI

Beyond the map deficiencies, there are glaring visual bugs in Trimble, the maps flash around oddly, and the apps rarely get updates. Notice the obvious visual problems in the top right, and on the left where the top toolbar meets the side panel. Also, the blue and white toolbars are hard to read. On top of that, the controls are thrown together haphazardly – some oddly detailed images, and some blank colored backgrounds that don’t match. It feels to me like we’re not seeing a cohesive team, constantly working at the software. 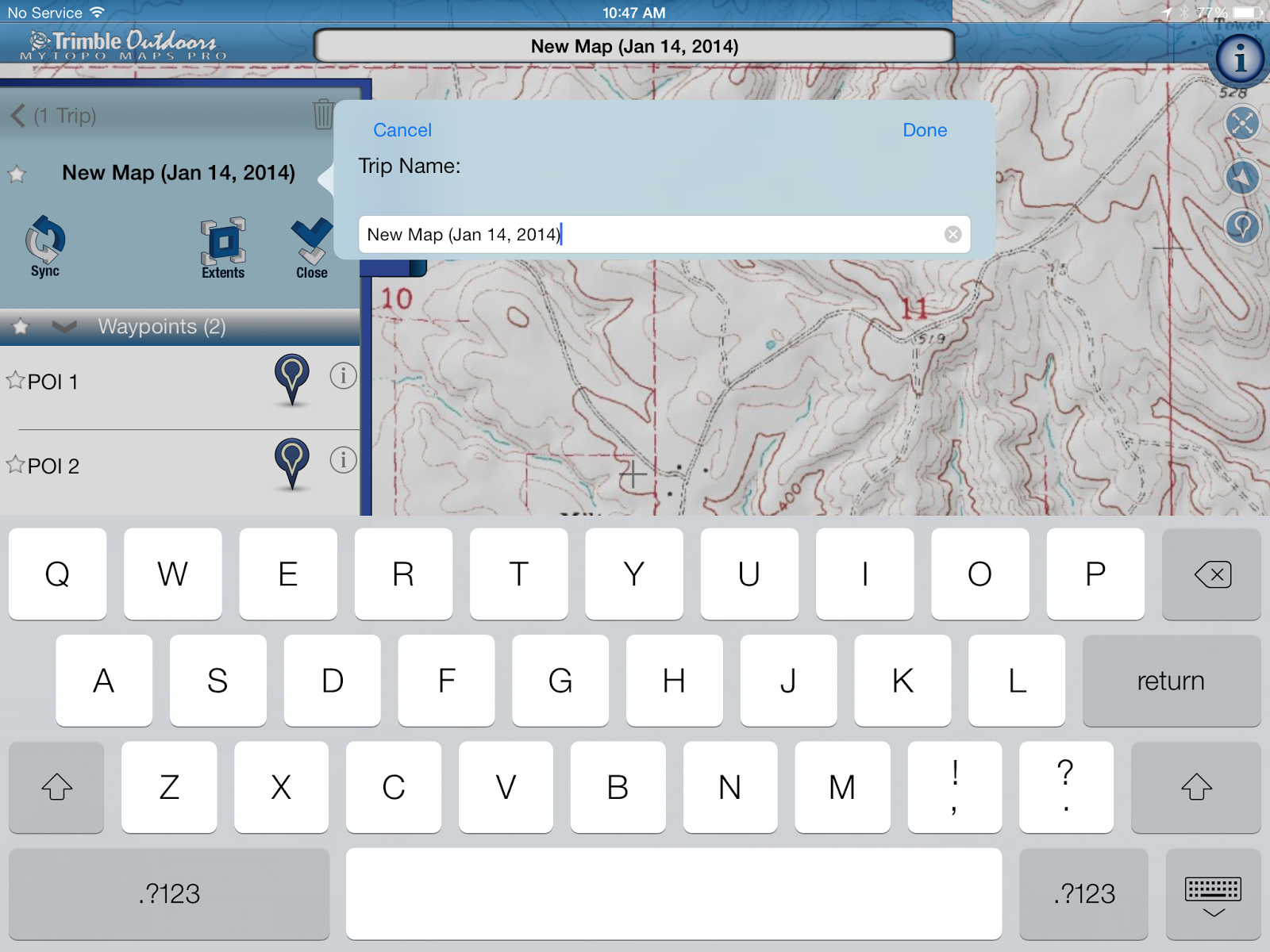 If you like that, also check out Backpacker Map Maker Lite, which appears to be exactly the same app, maps, and in-app purchases, but with an even worse color scheme. Here’s the same screenshot, different app, same oddities: 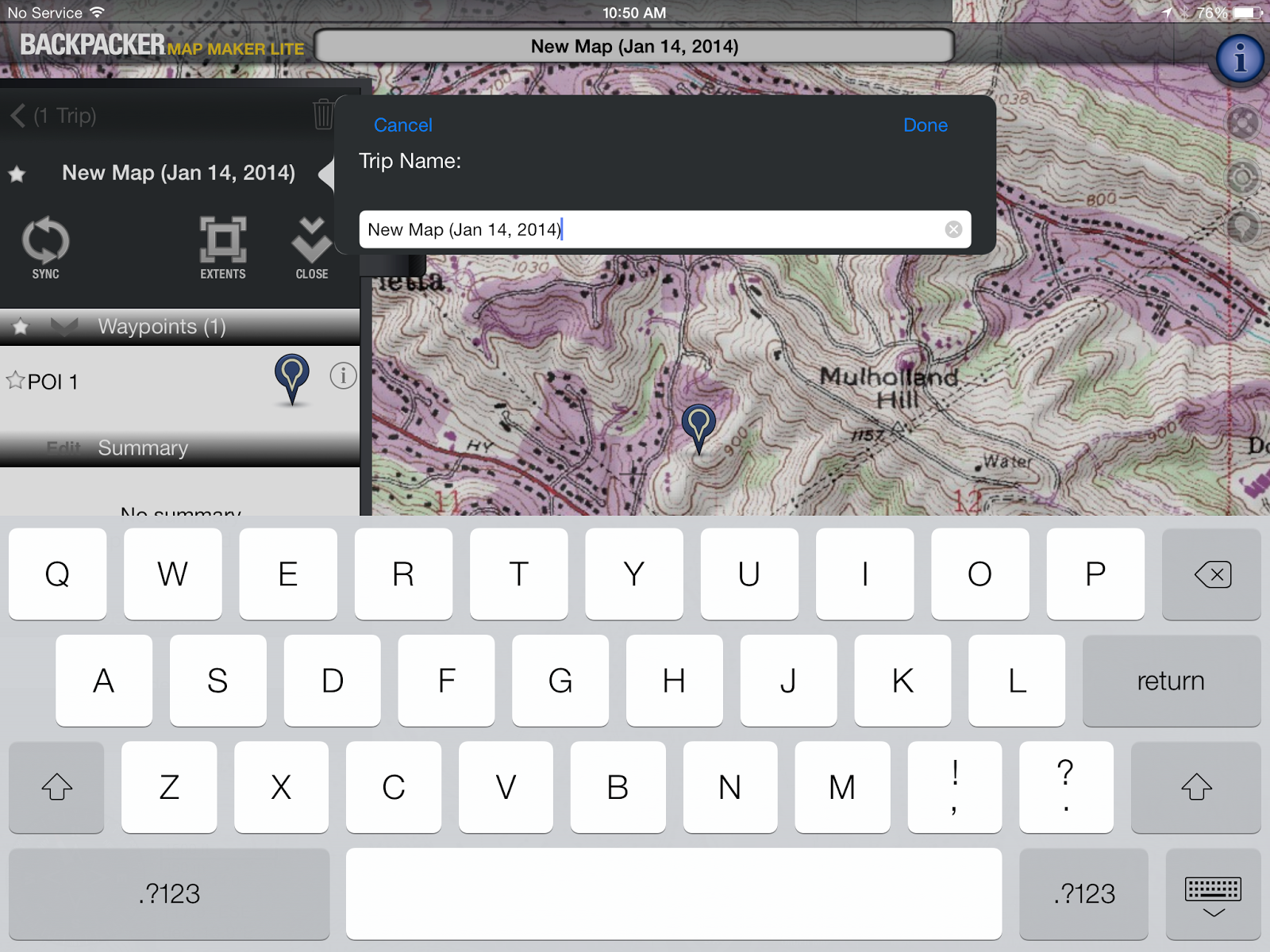 You can’t read those toolbars, black on gray as they are, and that’s indoors. On the trail, you wouldn’t be able to read it at all.

If there is a difference between those two apps above, I’ll have to dig deeper to find it. And here’s that app again, this time called “Trimble GPS Maps.” 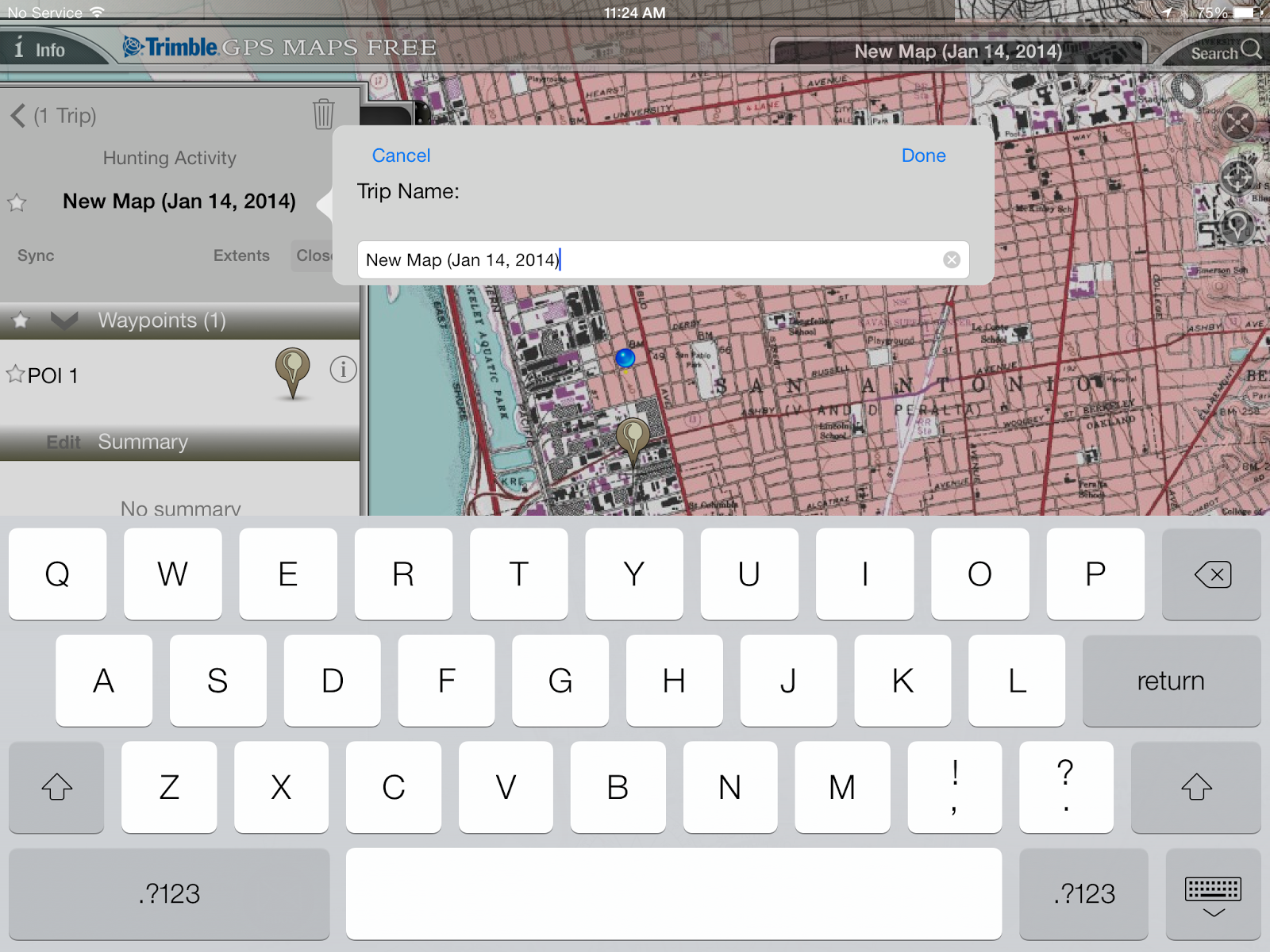 I think this strategy of having a dozen identical titles, with a dozen identical free apps, must be hampering their ability to otherwise make the app better. While I haven’t pulled screenshots from the iPhone apps, they employ a similar strategy on small screens as well.

I like to think we do our pricing and productization more elegantly, with one initial app purchase on iOS or Android, which funds our development of the apps for each platform, along with one optional GaiaPro (across all platforms), which unlocks some special maps and tools. It’s easy to understand, matches our costs, and people seem to like it.

We also have different titles for a boating version of our app, or a simple topo app, but we do that only with good reason. I think the competition is just trying to cram the shelves, and perhaps don’t realize it creates a maintenance and development nightmare, along with confusion among customers.

Perhaps what I found least appealing about using Trimble apps is the way the app asks you to buy stuff when you start pressing buttons from within an app you ostensibly already paid for. I find this to be so egregious that I’m surprised it passes Apple’s review process.

On the iPad app map screen, in their paid MyTopo Maps Pro version (not the free version), they show at least 3 buttons that will try and get you to buy some more maps. When you buy this app, you are basically buying a big advertisement.

For the best outdoor GPS on iOS, I can easily say, just buy Gaia GPS. The title makes no difference, because the apps are all the same, and the confusing array of in-app purchases are as well:

I will cover Android Gaia GPS vs Trimble apps in a different post. This is just for iOS.

How to Keep Your Phone Alive in Cold...

How to Avoid Another Deadly Avalanche Season

Who Decides What Goes on a Map?

The Best Advice We Received in 2021

The Art of Expedition Ice Skating with Luc...